The World is Flat? Not Yet!

Columbus sailed toward India to prove the world was round. While traveling from America to India 500 years later, Thomas Friedman discovered that “the world is flat.”1 In his “brief history of the twenty-first century,” Friedman describes how the connectedness of the world through technology has leveled the playing field for small businesses and individuals to compete in local, national, and international commerce—“flattening the world” to an unprecedented and unpredicted degree. Does this have implications for the church?

Outsourcing, insourcing, sharing information, and high-speed communication make it possible to increase production, raise efficiency, lower costs, and accomplish all of this at record speeds. Data can be transferred safely and instantaneously to other sites anywhere in the world at almost no cost. Friedman discovered that his tax return, being handled by a firm in Chicago, may be sent to Mumbai to have all the data crunched by professionals there and then returned to Chicago. Airline tickets can be arranged by a travel agent with a New York address as she sits at her laptop in the living room of her rural Utah home (someone had to stay home and watch the kids). An unmanned military drone, controlled by a young lady in a military office in Las Vegas, takes high definition video of an Iraqi neighborhood that is simultaneously viewed on wide screen monitors at a command post in Baghdad. The polite young man taking a customer’s order at the double lane drive-thru at a McDonalds in Missouri facilitates the burger purchases via video for three different restaurants at the same time at a monitor in another state.

Not only is the world smaller but these advances make it possible for the average person to compete with much bigger businesses. EBay and Craig’s List seem to make everyone a successful merchant. Opportunity is available to the little guy. The playing field is flattened. Friedman extends this metaphor of a “flat world” brilliantly through 600 pages of anecdotes. It is not a surprise that he is a Pulitzer Prize–winning author. He successfully demonstrates how technology has enabled us to shrink the world to a manageable size, “from everywhere, to right next to you,” making interaction both global and personal.

It occurs to me that there has been a flattening of the world in terms of church opportunity as well. Yesterday, I was able to correspond with Peter, a friend and Christian brother I met in a small village in western Kenya. He wrote me and I wrote him! It was fast and easy but represents an interaction that would have taken a month, two aerograms, ninety cents, and a trip to the Kenya post office back when we first met in 1984. Our church can have an e-mission committee meeting and include deaf Christians from Europe who are using sign language in front of a camera. We can deposit a thousand dollars into First Security Bank in Abilene, and pull it out of an ATM machine anywhere in the world. Recently, another dear friend called from Nairobi just to say hello. I asked if I should call her back, but she said it was no problem; she could talk for 20 minutes for about a dollar. Claudia and I paid four dollars per minute in the Eighties (I’m still sore about that). Things have changed! 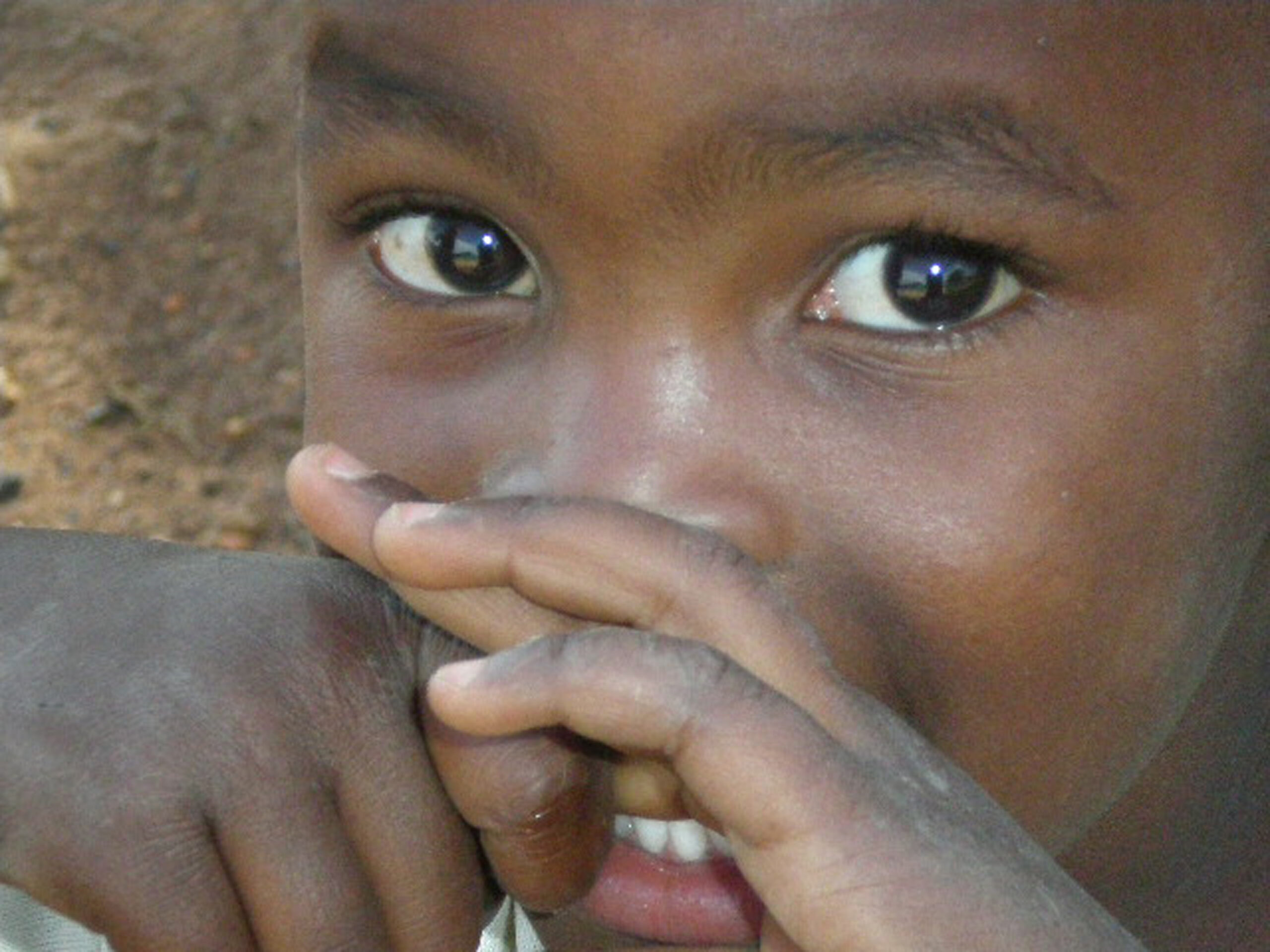 Early missionaries took weeks to cross the world in ocean vessels. For example, J. C. Shewmaker and his family sailed to Zambia in 1939 and had one furlough in forty years, but air travel has made it possible for missionaries to take furloughs every few years. Elders and church members can visit foreign fields to oversee and to encourage missionaries and brothers and sisters from new churches. Missionary newsletters are available to thousands of people as online PDF files with color pictures (some newsletters are still available on real paper). In times of crisis, tens of thousands of people can be contacted in hours via email. Cell phones are everywhere. Internet cafés seem to open overnight. 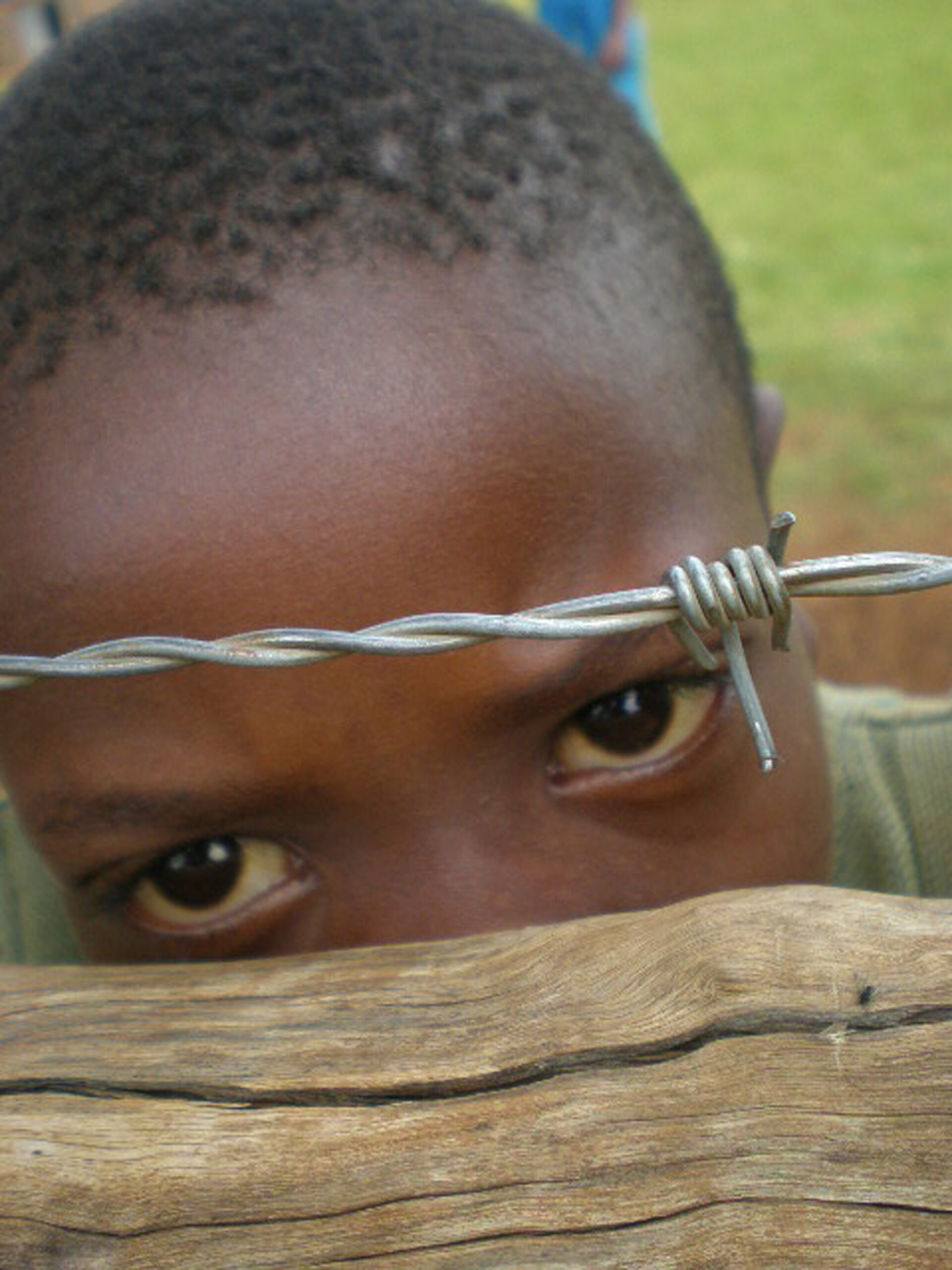 The world is getting smaller. But there are still certain perspectives from which the world has not leveled out. After sharing some of these thoughts with a friend from Venezuela, he said he agreed with Friedman; that in many ways the world had flattened, but in others, it is still unlevel because “all the goodies seem to roll over to one side.” The mountains are higher and the valleys are lower. A quick Google search indicates that 25,000 people die of starvation every day (many estimates are closer to 50,000). Over a billion people (more than one in six) do not have access to clean water to drink. Every eight seconds a child dies from waterborne disease.2 In 2007 it was reported that 881,000 people died of malaria,3 1.7 million people died of tuberculosis,4 and 2.2 million people died of HIV/AIDS.5 These are treatable and preventable diseases and problems, yet they cannot be prevented or treated without access to the necessary resources. The number of people who have fled armed conflict and are living in refugee and IDP camps is a staggering 42 million.6 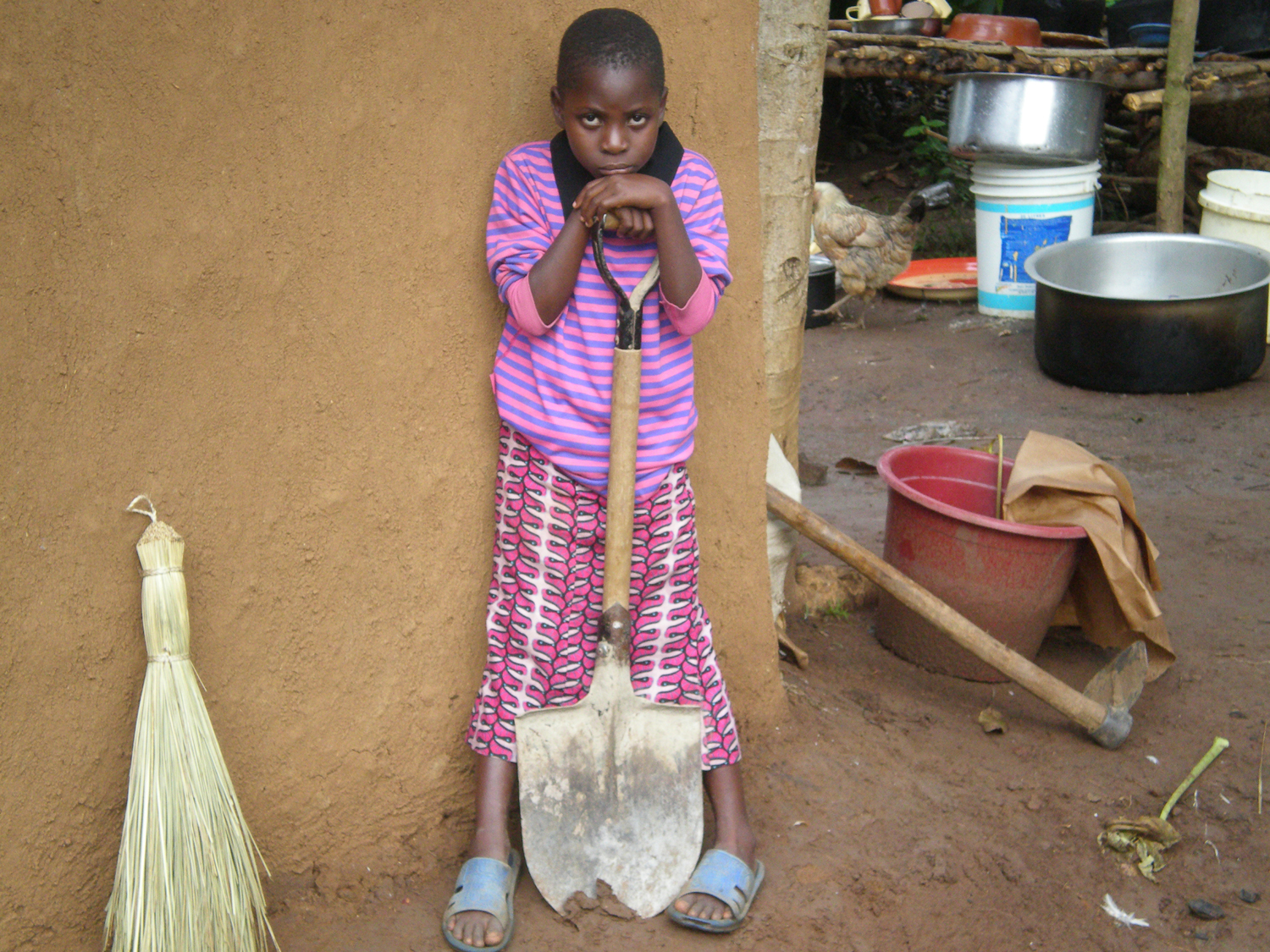 But there is good news on the horizon. Solutions are within reach. The cost of providing clean drinking water to half of the 1.1 billion who need it is $15 billion a year.7 Though that is a lot of money, it is less than 3% of the US national defense budget.8 Antiretroviral medications for HIV/AIDS cost $140 per patient per year, down from $10,000 ten years ago.9 Malaria could almost be eliminated with bed nets ($6 each), anti-malarial treatments ($2 per dose), preventative treatment for pregnant women, and indoor residual spraying.10

Progress has been made in almost all of these areas of need. Much of the assistance given to desperate people has come from government and non-government organizations outside of the Christian community. Yet, as Christians, we have a mandate to demonstrate this kind of love to our neighbors. If the same question were asked of Jesus today that was posed 2000 years ago—“Who is my neighbor?”—I suspect he would answer with a story that would surprise us. It might include a Palestinian. Or an Iraqi. An Afghan, African, Indian, or homeless person in Nashville. The story might end with words like, “I was hungry and you fed me . . . I was thirsty and you gave me drink . . . I was sick and you cared for me.”

Isaiah prophesied about Jesus’ coming and the appearance of his predecessor. John the Baptist was:

A voice of one calling in the desert,

“Prepare the way for the Lord.

Make straight paths for him.

Every valley shall be filled in,

Every mountain and hill made low.

The crooked roads shall become straight,

And all mankind will see God’s salvation.”

John was to preach of a flattening of the earth and a straightening of the way. He told his followers to bear fruit in keeping with repentance and spoke of an axe that was already at the root of fruitless trees. His disciples asked, “What should we do then?” Is it coincidence that all of his answers dealt with helping the poor—the privileged helping their neighbors?

“The man with two tunics should share with him who has none, and the one who has food should do the same.”

Tax collectors also came to be baptized. “Teacher,” they asked, “what should we do?”

“Don’t collect any more than you are required to,” he told them.

Then some soldiers asked him, “And what should we do?”

This account of John the Baptist’s interaction with the crowd is recorded by Luke in the book he addressed to “most excellent Theophilus” (1:3). This title may indicate that Theophilus was a wealthy man, certainly a man of privilege. His Greek name means “God-lover” and implies that he comes from Greek heritage; a Roman citizen perhaps. It is more than coincidental that this Gospel contains more information about how to deal with wealth and how to respond to poverty than any other book in the Bible. These issues represent the second most prominent theme in the Bible right behind idolatry, and often the two are related. It is estimated that approximately one in every seven verses in the Gospel of Luke has bearing on this topic.12

When Friedman wrote The World Is Flat, he included a chapter about “the unflat world.” I wept when I read it. It was the chapter I was looking for. His stories of the untouchables in India tore at my heart. Our family lived in a developing nation for ten years, and I know how unflat the world seems from that vantage point. Our team worked with over ninety Kenyan churches, thirty of which had a building. Some met in houses, others under trees. Most Christians walked to church, some rode bikes, and two (out of over three thousand) had motor vehicles. Unemployment figures were consistently over 90%. We ate meals with our hosts, but typically offered them a jug of clean water to use for cooking and drinking. I would like to think that our gift of water was driven by love, but it was primarily self-centered in motivation. We knew few families who had never lost a child. Now there are few who have not lost a family member to AIDS. Four in ten adults between the ages of 18 and 40 in our Kenya hometown of Rongo are infected by HIV. Thousands of orphans need care. The world is not flat.

When Luke wrote to Theophilus, he wrote to me. I want to be a “God-lover” and I want to bear fruit in keeping with repentance. I want to help those entrapped in the valleys of despair, imprisoned by poverty, to be lifted to the high places. In contrast to the rest of the world, I am certainly born to privilege. I was raised by godly parents in a Christian home. I have enjoyed opportunity to advance in my education, employment, and financial status. I have never been forced to go 24 hours without access to clean water, food, medical facilities, or insurance even when I did get in a bind. I am Theophilus. I am the rich young ruler. I am the wealthy land owner. But I do not want to build bigger barns. And though it is easier for a camel to go through the eye of a needle, I will not walk sadly away. It is hard to be like Jesus, but I want to live in his kingdom. As his instrument of peace, as his vessel of mercy, as his ambassador, perhaps my family can help daily to knock the top off our mountain and fill in the valleys and flatten an unflat world.

Steve and Claudia Greek, along with their three daughters, served as missionaries in Kenya from 1984–1995. Since that time Steve has taught in public schools in Texas and in the Appalachian mountains of Tennessee. Steve is currently working as an educator of the hearing impaired in Austin, TX. Contact him at stephengreek@gmail.com or http://www.hurumahouse.org to find out how you can help the widows, orphans, and needy of East Africa.

1 Thomas L. Friedman, The World Is Flat: A Brief History of the Twenty-First Century (New York: Farrar, Straus, and Giroux, 2005).

11 Scripture quotations are taken from the New International Version.