A Portrait of US Church of Christ Missionaries

Churches of Christ are among the largest missionary-sending groups of North American Protestants according to the Mission Handbook for North American Protestant Missions.1 We currently have nearly 800 missionaries deployed around the world. But what motivated them to pursue missionary service? What ministries are they performing on the field? How long are they staying and in what countries are they serving? This article seeks to answer these questions.

Our best estimation of the number of North American missionary families and individuals from Churches of Christ who are currently on the field is 752, clustered in 464 family units.2 Their distribution around the world is discussed further below.

These statistics of US-based missionaries tell only a small part of the story of missions in our fellowship, for they fail to communicate the heroic and faithful service of national Christians from whom most of the spiritual and numerical growth has emanated. It also does not include the increasing number of missionaries who have been sent from other countries. We no longer live in a time when the West alone sends missionaries to the rest of the world. Today, missionaries from everywhere are taking the gospel to everyone.3

To learn more about our missionaries, I surveyed 258 missionaries in the approximately 464 Church of Christ missionary households worldwide. One hundred ninety-three (74.8%) opted out or did not respond. Sixty-five missionaries (25.2%) responded of whom 18 completed all but the open-ended questions and 47 completed the entire survey.4

What Motivated Our Missionaries to Serve?

One area this study probed was the factors that inspired the men and women surveyed to become missionaries. Nearly 58 percent ranked the influence of missionaries or former missionaries as the strongest factor in their decision to serve as international missionaries. Experience with short-term international efforts and parental influence tied with a rating of 46.2 percent, which means that parents are doing an admirable job of influencing their children toward world evangelism. The influence of a preacher or youth minister measured a weak 15.4 percent, followed last by the influence of a Bible school teacher with only a 7.7 percent rating. Many short-term overseas experiences are provided by our Christian schools, but a growing number of congregations also provide those experiences. Local churches who do provide international experiences can impart substantial motivation for missionary service. 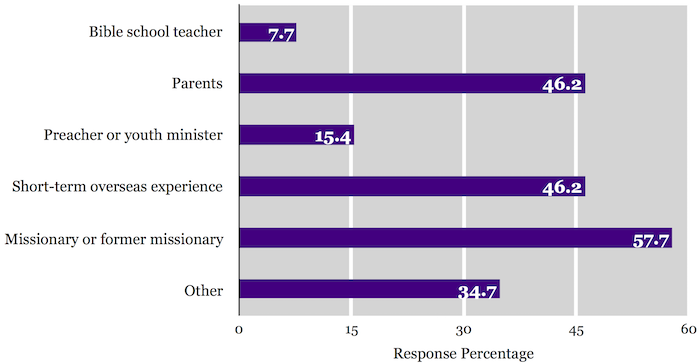 Figure 1: Missionary Rankings of Items that Influenced Them to Serve as Missionaries

The responses to “Other” items included receiving “a specific calling to missions,” needing “to give back to the Lord for rescuing me,” feeling “called by God to spread the gospel,” and believing that “this was not something I could keep to myself.” Other missionaries mentioned family, growing up in a missionary family, or “having a brother and close childhood friend already serving” overseas. Another commented, “I thought I could make a difference in the Kingdom and I was influenced by my Catholic upbringing which had a strong emphasis on missions.” One respondent stated that his wife influenced him because she had lived through the Khmer Rouge genocide and wanted to visit Cambodia to see if she had any family left.

What Are Our Missionaries Doing?

Asking what kinds of activities our missionaries perform on the field is like asking what a single working mother does. The answer is “just about everything.” It was important, however, to learn the major roles of their ministry and to discover if the combined ministries of all our missionaries exhibit a healthy balance in terms of evangelism, church planting, church maturation, leadership training, and humanitarian efforts. I asked missionaries I surveyed to respond to several items using a scale of 1 to 10, with 10 in Figure 2 representing the missionaries’ concept of their highest primary function and 1 their lowest primary function. Church maturing and evangelism tied for first place as the missionaries’ primary functions, with ratings of 5.2. Leadership training was next with 4.8 percent, followed by church planting with 4.7. Humanitarian efforts and medical care combined for a score of 6.3. “Other” activities came in at 1.8. The rather close grouping of the various functions, as indicated by their numerical scores, shows a relatively healthy collective balance in the missionaries’ roles does exist, at least on this survey. 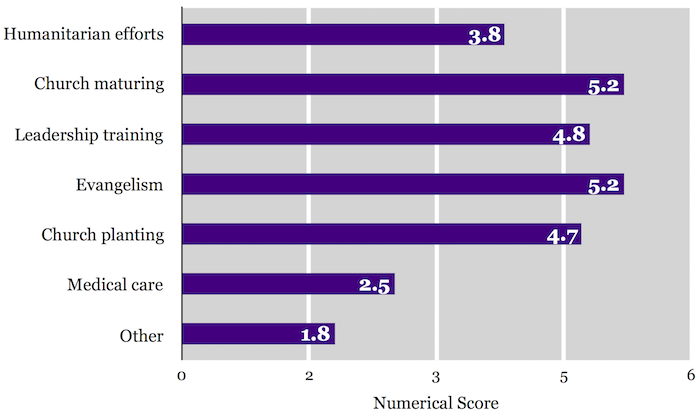 How Long Are Our Missionaries Serving?

Dr. Earl Edwards, “professor of Bible and Missions, former dean, and director of Graduate Studies in Bible at Freed-Hardeman University, commented in a private discussion with me on February 8, 2005, that in the 1970s the average tenure of missionaries was less than two years. That has changed in recent years, as indicated by the missionary responses to a query in the 2015 survey. 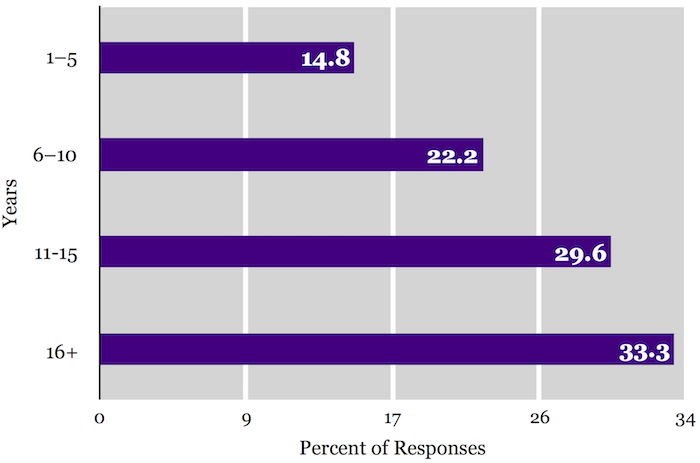 Figure 3: How Many Years Have You Ministered in This Country?

Comparing these 2015 results with Joe Hacker’s 1968–1969 survey (see Table 1) shows that contrary to the cultural shift from long-term to shorter-term commitments, a larger number of 2015 missionaries seem to be opting for longer stays than their 1968 and 1969 counterparts.5 Longer tenures should mean more insight into the host culture and greater language acquisition which, in turn, ought to result in greater effectiveness on the field.

Where Are Our Missionaries Serving?

The rest of our missionary force labors in Asia (102), the South Pacific (66), Middle America (50), and the Caribbean (13).6 More missionaries are needed but they need not all come from America. Christians in Africa, Latin America, and the Caribbean are taking increasing responsibility for reaching their regions.

This article has endeavored to provide a profile of US missionaries among Churches of Christ by examining their motives for serving, the continents on which they are serving, how long they typically remain on the field, and their primary functions or roles.

PAGE 1: About Your Field

Q1: While we especially need data for an entire nation, we know that is not always available. Please indicate the Area for which you are reporting (please keep this Area in mind as you complete this survey):

Q5: Rank the primary functions of the missionaries in your Area.

PAGE 2: About the Kingdom

Q6: Number of congregations in your Area:

Q7: Number of baptized believers who regularly worship with the above congregations:

Q8: How would you describe the general spiritual maturity of the congregations in your Area?

Q9: How many congregations in your Area have elders? ____

Q10: The Kingdom is more than statistics, so please share some important or inspirational insights about some of the congregations in your reporting Area.

Q11: How many years have you ministered in this country?

Q12: Rank the items below that influenced you to serve as a missionary.

Q13: Supply addresses for any of the following media tools you use to tell about your work.

Q14: Please provide names and email addresses for other North American missionaries from Churches of Christ serving in your nation. You may email contact information for additional missionaries to bob@missionsconsulting.org.

Q15: Finally, what other comments would you like to make?

Bob Waldron, president of Missions Consulting International, is a former co-director of Great Cities Missions and the founding executive director of Missions Resource Network. He preached for the Juneau Church of Christ in Alaska and has ministered cross-culturally in the villages of South India, among Japanese-Americans in California, and in Guatemala for six years. He co-authored with Gailyn Van Rheenen The Status of Missions: A Nationwide Survey of Churches of Christ (ACU, 2002). He holds a doctorate in missions from Trinity Evangelical Divinity School.

1 John A. Siewert and John A. Kenyon, Mission Handbook for North American Protestant Missions, 15th ed. (Monrovia, CA: Missions Advanced Research and Communication Center, 1993), 60. Though future editions of the Handbook no longer ranked the entities in this manner, my 2013 telephone interviews with executives from five missions organizations (Assemblies of God World Missions, Christian and Missionary Alliance International Ministries, International Mission Board of the Southern Baptists, Presbyterian Church USA Mission Agency, and The Evangelical Alliance Mission) indicated that the relative standings have remained approximately the same.

2 These figures are from the International Missions Database for Churches of Christ, which I formerly maintained while serving with Missions Resource Network but is currently maintained by the Center for World Missions at Harding University. I further updated the information from data discovered from research for this article. Missionary couples in the database are either US citizens or US husbands married to non-US wives.

3 This phrasing reflects the subtitle of Samuel Escobar, The New Global Mission: The Gospel from Everywhere to Everyone (Downers Grove, IL: InterVarsity, 2003).

4 Fred Van Bennekom, “Survey Statistical Confidence: How Many Is Enough,” https://greatbrook.com/survey-statistical-confidence-how-many-is-enough and Fred Van Bennekom, “Survey Sample Size Calculator,” e-mailed to the author May 15, 2017, both show that a survey of 464 missionaries with a sample size of 258 and a 14 percent response (65 missionaries) has a 95 percent confidence level with a +/-11 percent of accuracy. Bennekom is on the faculty at Northeastern University’s Executive MBA program and is principal of Great Brook Consulting. He conducts workshops in the United States and abroad on survey design and survey data analysis for government agencies and Fortune 500 companies.

6 This compares favorably with statistics from Bob Waldron, “2013 American Missionaries Serving Churches of Christ Internationally,” http://www.missionsconsulting.org/resources.html. The report, based on the International Missions Database for Churches of Christ (IMD), a collaborative effort of interested mission leaders housed in 2013 at Missions Resource Network in Bedford, Texas, showed 503 family units consisting of 871 missionaries serving in 106 nations (Africa, 200; Asia, 142; Europe, 122; Caribbean, 8; Middle America, 188; South America, 188; and the South Pacific, 76). The report was distributed to missions leaders at Christian universities and schools of preaching associated with Churches of Christ.